It's a sad truth.
It's why I wear a white ribbon.

She spreads her legs in search of love
Waiting for him to say those words. 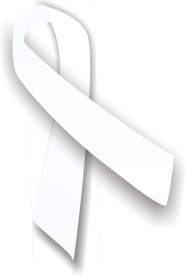 But he plunges deep into her
Like her screams he hasn't heard.
She gives him her body in hopes that he
Will trade her for a piece of his soul.
But he has no ambition of uniting their hearts
He only has one goal.
To come and go and come again
Never to her to commit
And he'll say "I love you baby" sometimes
Even though he treats her like shit.
She let him be the first man
To ever touch her there
In fact he's been the only man
But he doesn't seem to care.
He slaps her in the face at night
Accusing her of not being true
Of course he himself smells like alcohol and sex
Cause he didn't shower after he screwed.
She knows that things will get better
So she never thinks to go
Until he comes home way too drunk one night
And delivers that fatal blow...